Syros Island is located at Cyclades islands and is the capital of Cyclades. Syros merges the traditional and modern Greece and it is the administrative center of the entire archipelago.

Hermoupolis is the capital of Syros Island and one of the most architecturally fascinating ports in the Mediterranean. There are a lot of option here from cosmopolitan capital Hermoupolis to traditional beach villages like kini. Syros is one of very few island which stays alive all time of the year and an island worth to visit.

Ermoupoli stands on a naturally amphitheatrical site, with neo-classical buildings, old mansions and white houses cascading down to the harbour. The City Hall, where Miaoulis Square lies ringed with cafes and with seating areas under palm trees. The “City of Hermes” has numerous churches, including Metamorphosis, Koimisis, St. Demetrius, Three Hierarchs, Anastasis, Evangelistria and St. Nicolas. The Archaeological Museum has many finds and the Municipal Library contains numerous editions. The quarter of the town known as Vaporia is where the sea captains lived. Along its narrow streets, stand numerous neo-classical mansions. 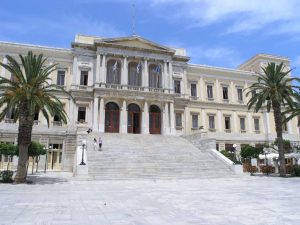 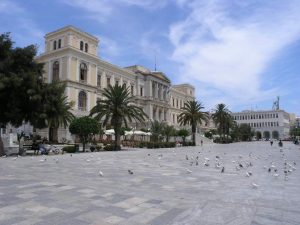 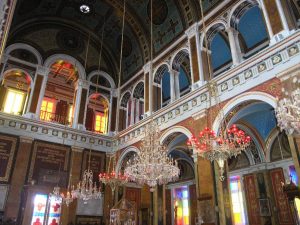 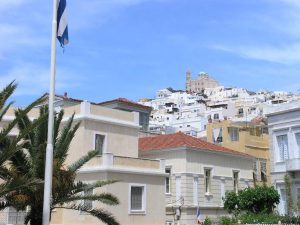 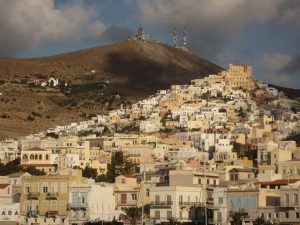 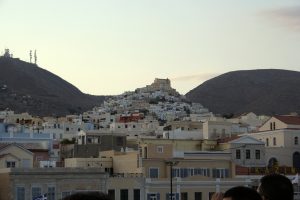 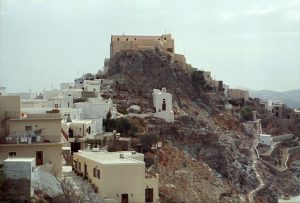 Ano Syros is the medieval settlement of Syros. It is built during later Byzantine era or early Frankokratia. It is a classical cycladic medieval settlement that is densely built with narrow roads, circular order and a radial street plan. The overall effect reminds a fortified citadel. Ano Syros is inhabited by Catholic Greeks. The reason for it is the long period of Frankokratia in Syros that started immediately after the fourth crusade. Frankokratia ended during 16th century but the Catholics of Syros came under France protection and the catholic religion survived in the island.[4] After founding of nearby Hermoupolis, Ano Syros ceased to be the administrative centre of Syros. Nevertheless, the settlement remained a religious centre since it is the seat of Roman Catholic Diocese of Syros and Milos.

Kini is picturesque seaside village of Syros. Located on the west side of the island and is 9 km from the capital Ermoupolis. It is fishing village with beautiful beaches, taverns and cafes and is considered one of the most tourist villages of Syros.

Nearby beaches are Kini Delfini north and Lotus in the south, while the bay of the village depart the summer months regular service by boat to the no-go and secluded beaches in the north of the island 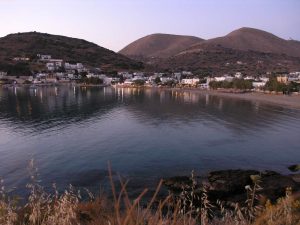 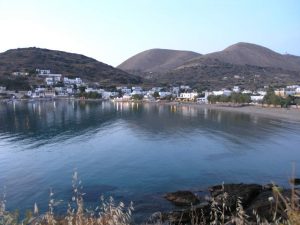 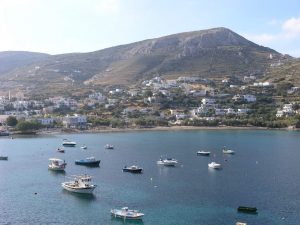 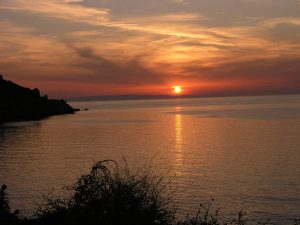 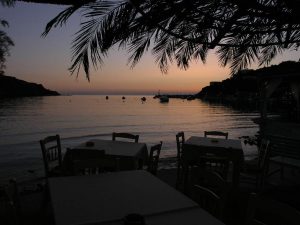 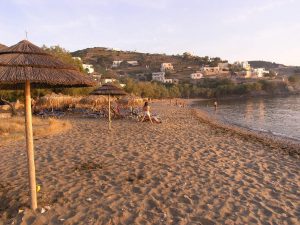 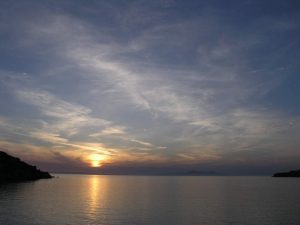 There are a lot of options as much as concern Syros beaches, most of them are located at the south of the island most of them are sandy and the others are pebbled. All beaches are famous for their crystal waters. Most of them are organized beaches options like Galissas, Megas Gialos, Kini and Poseidonia and can be accessed from Ermoupolis by bus. Another option are the non organized beaches which are worth to visit like Kokkina or armeos and some which can be accessed only by sea like Grammata, Americano, Varvarousa and Lia. Please ask our personnel for speedboat transfer from Kini.